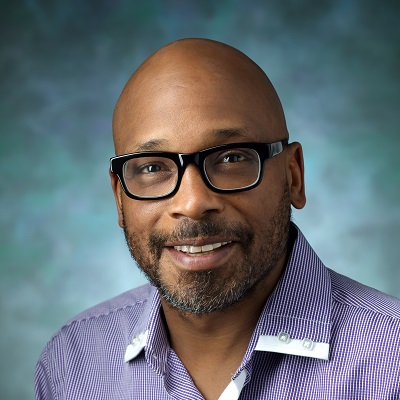 Research Interest:
The emergence of structural genomics, proteomics, and the large-scale sequencing of many genomes provides experimental access to regions of protein sequence-structure-function landscapes which have not been explored through traditional biochemical methods. Indeed, protein structure-function relationships can now be examined rigorously through the characterization of protein ensembles, which display structurally convergent—divergent solutions to analogous or very similar functional properties. In this modern biochemical context, my lab will use protein libraries, chemistry, biophysics, molecular biology and structural methods to examine the basis of molecular recognition in the context of several important biological problems, including structural and mechanistic aspects of multi-drug resistance, ligand-dependent molecular switches and metal ion homeostasis. 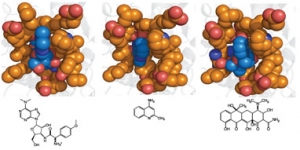 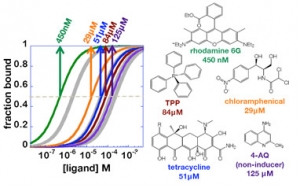 Structural, Functional and Energetic Determinants of Ligand-Activated Molecular Switches
Molecular switches play a central biological role, sensing various environmental stimuli and turn them into a number of distinct cellular responses. Transcription factors are prototypes of biological switches.  Their structures consist of at least two independent functional modules: one signal—recognition motif and one DNA-binding domain.  Both domains are functionally-linked to receive signals, recognize specifically DNA promoter regions, and control transcription levels. Fundamentally, transcription factors and other biological switches present a poorly understood thermodynamic dilemma set by the functional requirement that the systems be energetically poised to adopt and make facile transitions between several distinct functional forms.  Detailed accounts describing the structural events from signal input to functional output for transcriptional regulators have been presented; however, an energetic description of their mode of action along with the factors contributing to ligand responsiveness, ligand-dose response characteristics and overall response magnitude is still lacking. 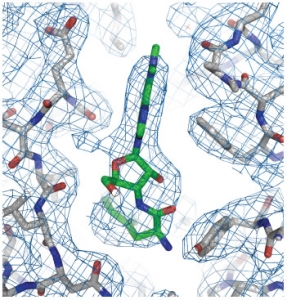 Members comprising the MerR family of transcriptional regulators display structural and functional properties, which afford them as attractive systems to examine the molecular mechanisms and energetic landscapes of biological switches. As a group, the structurally homologous MerR members utilize similar switch mechanisms, thus represent a divergent molecular protein library that sample a large region of sequence-structure space. As such, comparative structure-function analyses of MerR members are likely to facilitate global and finely tuning determinants of their functional properties. To this end, rational and combinatorial protein design will be used to examine the functional contributions of individual MerR domains, identify determinants contributing to the thermodynamic linkage between domain functions, and elucidate the factors responsible for the energetic poise between distinct states.

Basis of Ligand-binding Specificity and Promiscuity
The relevance of ligand-receptor promiscuity is generally underappreciated although both promiscuous and highly specific systems are involved in a multitude of cellular processes ranging from transcriptional regulation to enzyme catalysis. In the past, promiscuous ligand-binding systems have been examined using traditional biochemical techniques, including site-directed mutagenesis and ligand analogs. These are valuable tools for studying specific interactions, but are not so for examining global characteristics of promiscuous binding pockets or for systems which feature multiple ligand-binding modes—a recurring scenario in broadly specific receptor-ligand systems. The described project aims towards determining the molecular basis of receptor multi-ligand specificity in the context of an important biomedical problem—bacterial multidrug resistance. 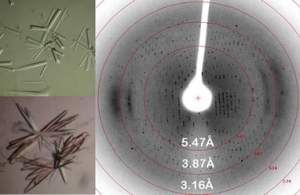 Factors that govern specificity—promiscuity will be examined using an ensemble of ligand—receptor systems that span a specificity-affinity continuum. Through the comparative analyses of the structurally homologous protein-ligand pairs, factors that influence specificity will be illuminated as enhancing features will become enriched and diminishing ones will be “washed away,” thus providing deeper understanding of how the structural properties of ligand pockets relates to ligand-binding properties.  The ensemble will be derived from the BmrR transcription factor, which recognizes numerous structurally unrelated cationic lipophilic ligands and regulates the expression of a multidrug efflux pump.  A convergent molecular library will be generated using phage display and biopanning selective pressures designed to enforce increases in binding specificity and affinity.  The binding properties of the variants will be characterized using thermodynamic, kinetic, and structural methods.  Some specific issues to be addressed include those regarding the basis for BmrR’s specificity for cationic ligands, relationships between pocket structure and specificity—promiscuity as well as functional—structural roles played by key pocket residues.