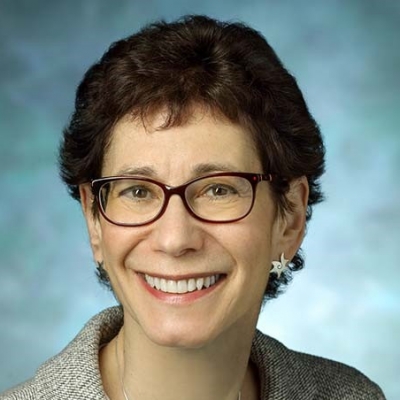 One of the key ways in which cells dynamically regulate protein function is through reversible post-translational modifications. Lysine residues in particular are subject to a remarkably diverse array of modifications. Our research centers on two types of lysine modification, ubiquitination and acetylation, which play critical role in regulating transcription, the response to DNA damage and intracellular signaling. We use structural, biophysical, biochemical and cell-based studies to study the mechanisms underlying regulation of protein activity by acetylation and ubiquitination.

The attachment of the small protein, ubiquitin, to lysine residues serves a wide variety of signaling functions. In addition to its best-known role in targeting proteins for proteasomal degradation, ubiquitination also plays a non-degradative role in transcriptional regulation, DNA damage repair, and the inflammatory response. Ubiquitin is attached to substrates in a cascade of enzymatic reactions involving three separate enzymes, E1, E2 and E3. The resulting ubiquitin modification can consist of a single ubiquitin or a polyubiquitin chain in which the C-terminus of one ubiquitin is covalently linked to one of seven lysine residues on the next. The particular linkage type determines biological function: K48-linked polyubiquitin chains target proteins for destruction by the proteasome, whereas K63-linked chains play a non-degradative role in DNA damage tolerance and NF-kB activation. Monoubiquitination, in turn, places a key role in transcription activation and elongation, as well as intracellular trafficking. 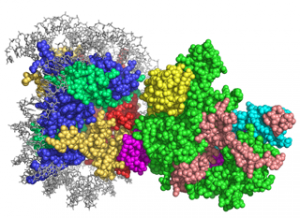 We study the structural basis for both the assembly and disassembly of linkage-specific polyubiquitin chains, as well the removal of monoubiquitin from histone substrates. A current focus is on ubiquitination events centered on chromatin, which regulate transcription and the response to DNA damage. We are also studying cross-talk between multiple types of histone modifications including ubiquitination and acetylation.